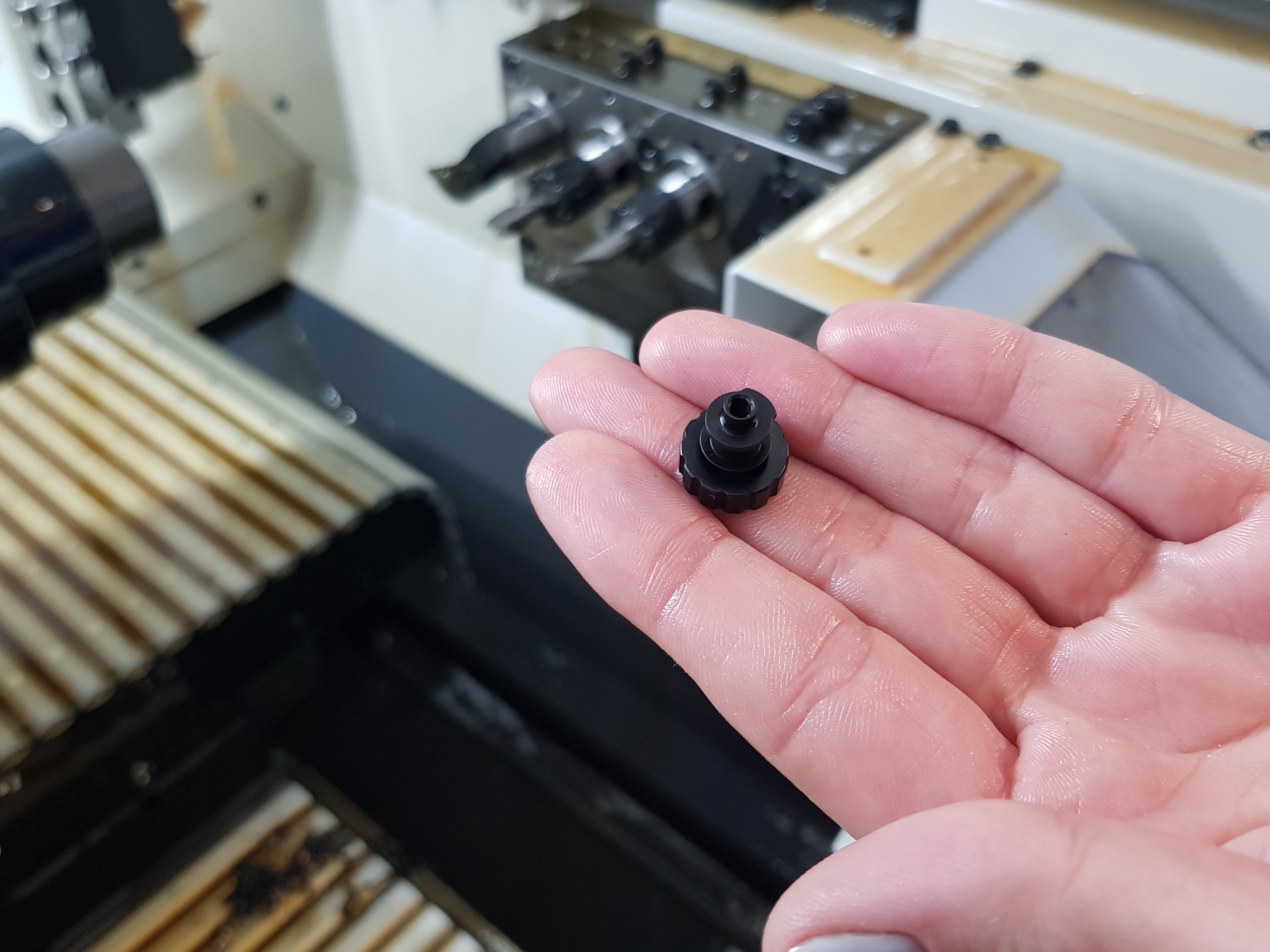 The ability to change its recently installed Citizen Cincom A20-VII sliding head turn-mill centre into a non-guidebush variant for applications on plastic components and shorter length parts while retaining the guidebush assembly for longer parts, has enabled Colpa Precision Engineering to slash weeks from its lead time with significantly reduced material costs plus the ability to obtain greater number of parts from a bar.

Said General Manager Martin Branch: “The removable guide bush feature on the Cincom A20 has increased our competitiveness in a tight market as we no longer have to order pre-ground bar for plastics components which has not only reduced material cost, but also saved four weeks on our lead time to customers and has enabled us to pick-up new business.”

He also confirmed that by replacing an aging Citizen Cincom C16 with the new A20, Colpa is slightly reducing cycle times, but more important to customers, improving productivity, consistency, uptime and machining accuracy, which is again helping to lower delivery lead times.

Colpa Precision Engineering was set up in 1946 and has had the current directors / proprietors Dave Fry and Steve Low running the firm for the last 25 years.  Investment has been consistent with some £560,000 spent over the last three years and in addition to machining centres and fixed head lathes, some six Citizen sliding head machines are installed.

On the Watford site, 10 people are employed and production batches vary between prototype and customer development parts to continuous production runs such as involving the supply of 32,000 parts a month.

The recent Cincom A20-VII installation is now mainly used for plastic parts and some aluminium to which Mr Branch said: “We run our first production batch with the guidebush installed and then removed it in less than 45 minutes. So far we have never used it again due to the advantages we have gained without it on smaller parts.”  He also added that a Cincom A32-VII installed two years ago has now been dedicated to mild steel and stainless steel part production which uses a permanent guidebush.

Mr Branch describes two typical parts produced on the new A20-VII, one a micro cable clamp produced in 1,000 batches in white acetal to +/-0.05 tolerances and a black acetal intricate, multi-featured anti-skate dial which is machined in cycle times of under 2 minutes in batch quantities of 500.

The cable clamp is 9.5 mm in diameter by 6 mm long and is turned on the outside diameter, spot drilled, drilled and tapped followed by use of a slitting saw to cut a slot along the length of the OD into the drilled hole. It is then picked-up by the sub-spindle which has a pre-set tension so as not to collapse the part, to produce a cross hole dimple, the bore chamfered and the part deburred in cycle.

Meanwhile, the anti-skate dial has a cycle time of under 2 minutes and was transferred to the new machine from the existing A32 in order to free up its capacity for larger work and maximise the use of unground bar.

The component is 14 mm diameter by 14.75 mm long with key features that include the head of the part with 12 milled slots each having 1 mm radius at the bottom of the slot set on a 15 mm tool PCD.  A spigot diameter has a waist, the head undercut with a cross hole 1 mm diameter which breaks into the 2 mm through bore.

Delivery of new Citizen A20

Delivery of new Citizen A20

Please log in again. The login page will open in a new tab. After logging in you can close it and return to this page.